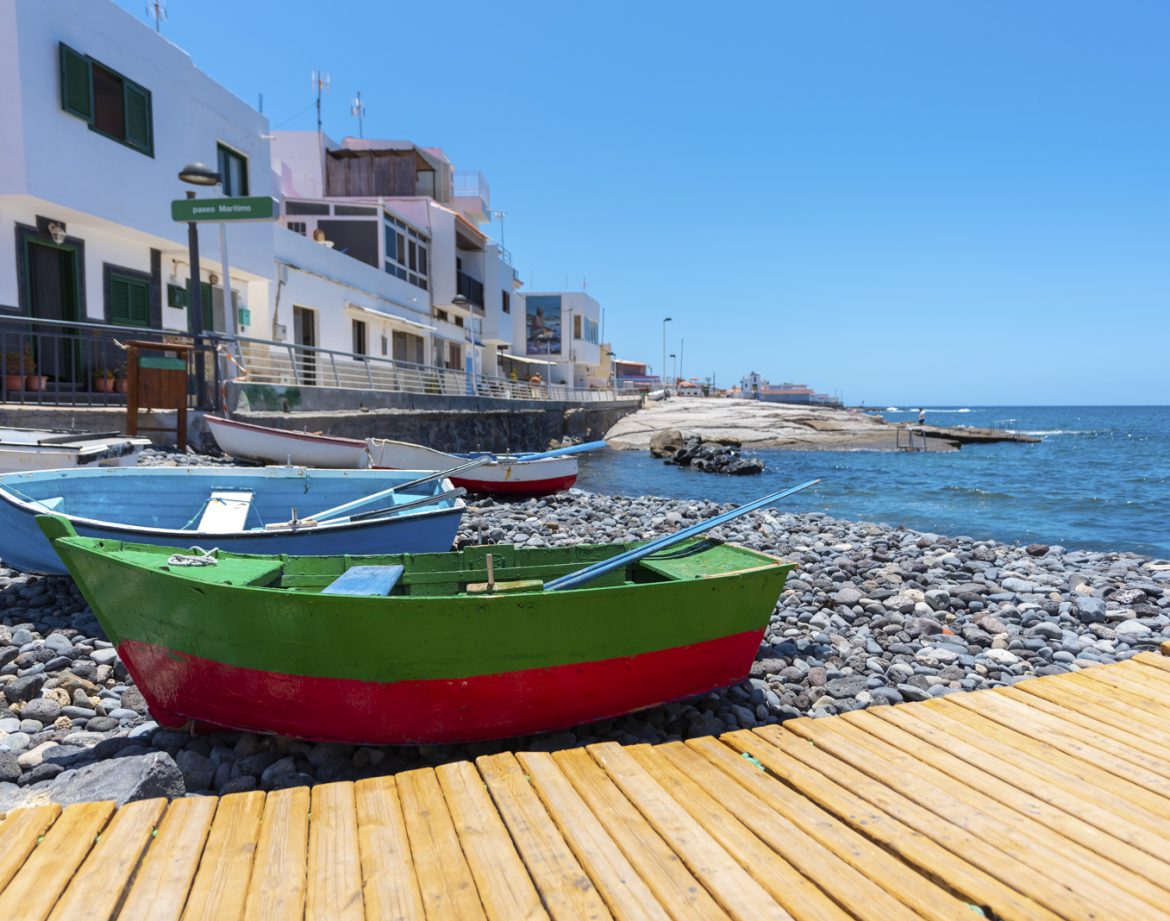 The Canary Islands also known informally as the Canaries, are a Spanish Autonomous Community and archipelago in the Atlantic Ocean, in Macaronesia. At their closest point to the African mainland, they are 100 kilometres (62 miles) west of Morocco. They are the southernmost of the autonomous communities of Spain. The islands have a population of 2.2 million people and they are one of the outermost regions of the European Union.

The eight main islands are (from largest to smallest in area) Tenerife, Fuerteventura, Gran Canaria, Lanzarote, La Palma, La Gomera, El Hierro and La Graciosa. The archipelago includes many smaller islands and islets, including Alegranza, Isla de Lobos, Montaña Clara, Roque del Oeste, and Roque del Este. It also includes a number of rocks, including those of Salmor, Fasnia, Bonanza, Garachico, and Anaga. In ancient times, the island chain was often referred to as “the Fortunate Isles”. The Canary Islands are the southernmost region of Spain, and the largest and most populous archipelago of Macaronesia. Because of their location, the Canary Islands have historically been considered a link between the four continents of Africa, North America, South America, and Europe.

In 2019, the Canary Islands had a population of 2,153,389, with a density of 287.39 inhabitants per km2, making it the eighth most populous autonomous community of Spain. The population is mostly concentrated in the two capital islands: around 43% on the island of Tenerife and 40% on the island of Gran Canaria.

The Canary Islands, especially Tenerife, Gran Canaria, Fuerteventura, and Lanzarote, are a major tourist destination, with over 12 million visitors per year. This is due to their beaches, subtropical climate, and important natural attractions, especially Maspalomas in Gran Canaria, Teide National Park, and Mount Teide (a World Heritage Site) in Tenerife. Mount Teide is the highest peak in Spain and the third tallest volcano in the world, measured from its base on the ocean floor. The islands have warm summers and winters warm enough for the climate to be technically tropical at sea level. The amount of precipitation and the level of maritime moderation vary depending on location and elevation. The archipelago includes green areas as well as desert areas. The islands’ high mountains are ideal for astronomical observation, because they lie above the temperature inversion layer. As a result, the archipelago boasts two professional observatories: Teide Observatory on the island of Tenerife, and Roque de los Muchachos Observatory on the island of La Palma.

During the Age of Sail, the islands were the main stopover for Spanish galleons on their way to the Americas, which sailed that far south in order to catch the prevailing northeasterly trade winds.